Discover the jury which will award the prizes of the 2022 International Choir Competition in Provence. 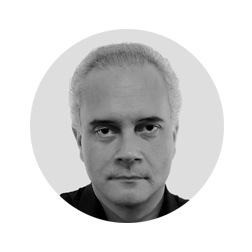 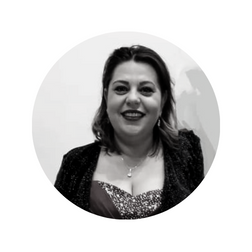 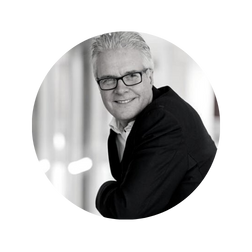 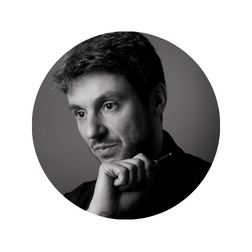 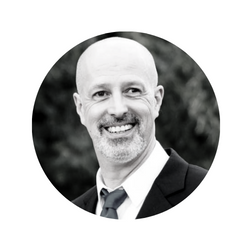 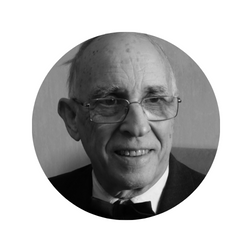 With more than 30 years of experience and international career, Altamiro Bernardes is a Brazilian conductor, teacher, lecturer and clinician at concerts, conferences, schools, workshops and juror at international competitions. He has performed concerts in Brazil, Argentina, Europe and USA.

His first prize came at the age of 11 when he won the Young Pianists Stimulus Competition. After this he continued his studies and graduated with distinction from “Joao Baptista Juliao” Conservatory. At Tatui Conservatory, he studied harpsichord and after that at the Akademie Voor Aude Muzieck in Amsterdam. He studied conducting and voice at Sao Paulo Baptist College and attended Sao Paulo University “Communicantus” Choral Laboratory.

During his studying years, he was in courses and masterclasses with prominent international conductors. Bernardes is now at Escuela de Dirección de Orquesta, Spain, preparing for the Licentiate Diploma in Orchestra Conducting of the Royal Schools of Music – London. 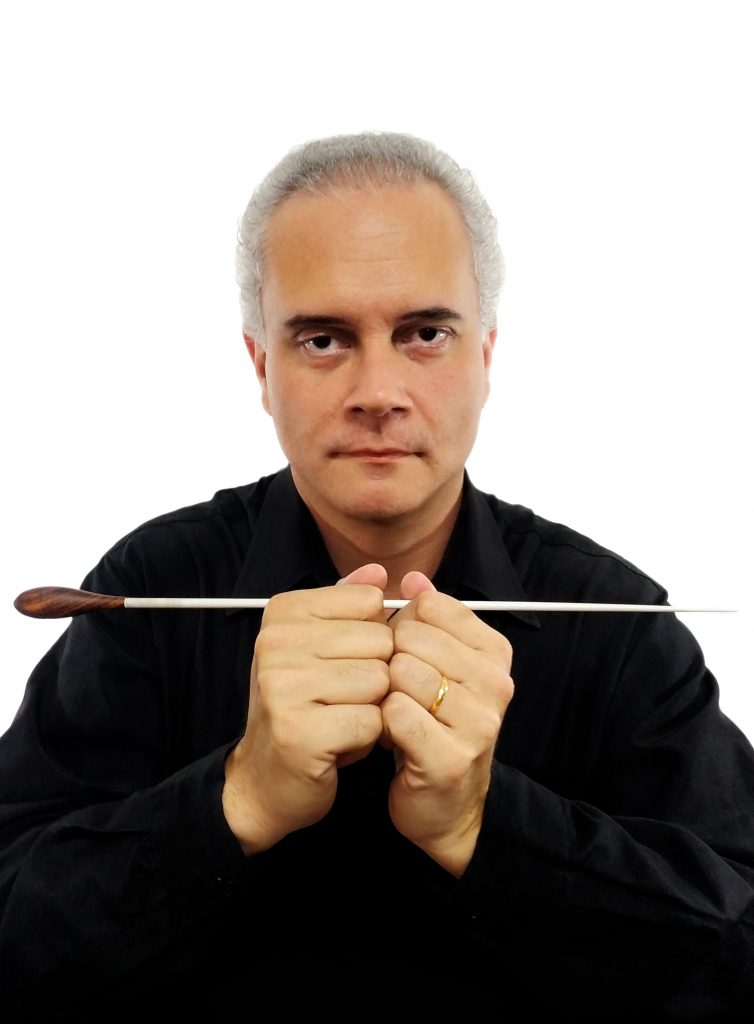 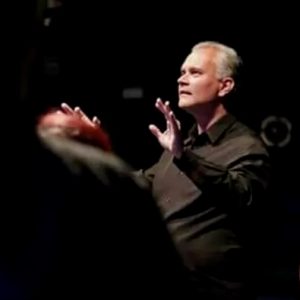 In 2012 he conducted a tour of 13 joint concerts in 4 states in Brazil with the choirs Septemthillis (Slovakia) and Cantilena (Brazil). In 2014 he was appointed Ambassador of the International Choral Festival “Mundus Cantat” – Poland. In this festival the choirs from Academia Concerto received 6 Diplomas awards and Mr. Bernardes was invited to take part of the jury. In the same year he held the opening concert of the 7th International “Edmund Szymanski” Choral Festival and the Festival “Academia Cantat”.

At present Bernardes is professor at the conducting program and guest director of the Symphonic Choir at Tatui Conservatory – one of the largest and most prestigious conservatories in Latin America. In parallel he teaches conducting for the Conducting Academy at Academia Concerto, Sao Paulo.

Altamiro is also a member of the ACDA – American Choral Directors Association.

In October 2019 Bernardes gave workshops at two of Slovakia’s most prominent conservatories in Prešov and Košice. He also directed the Septemthillis Girls’ Choir as guest conductor at their jubileum gala concert. In November, he was one of 6 maestros chosen from all of Brazil to conduct Mozart’s Requiem in the encounter of the Brazilian New Choir Conductors Association – ABRACO.

Madalina Spataru is a lyric artist of Romanian origin. She is a Professional Conductor, and she is graduated from the Faculty of Music of Bucharest. She now lives and works in France, and speaks 4 languages : French, Romanian, English and Swedish.

With a Bachelor of Arts degree, Transilvania University, Brasov School of Music, Romania, specialties in music pedagogy and classical singing and graduated in the same specialties of the University ‘Spiru Haret’, Faculty of Music ”Victor Giuleanu”, Bucharest, Romania.

In addition to her work as a teacher of music and classical singing in many institutions, in France and Romania, she has been pursuing a career as a concert soloist in many countries since 1993, including France, Sweden, Switzerland, Italy, Greece, Austria, Romania etc… Among the works performed are: Requiem by Mozart, Verdi, Fauré, Cherubini; Stabat Mater de Pergolesi; The Armed Man by K. Jenkins; Gloria de Vivaldi; Mozart’s Coronation Mass etc…

A new challenge for her musical career in 2013 is the direction of the choir La Clé des chants d’Hyères and with this formation she gives several concerts in the year, participates as a guest at the Inter-Choral Galas (Hyères, Solliès-Pont, Cavalaire), and the International Choral Festival in Provence, toured in 2017 in Italy to meet local choirs and have a cultural exchange, collaborates with the Toulon Var Mediterranean Orchestra, participates in charity concerts for various associations and encourages meetings with other choirs. In 2018, three concerts with Mozart’s Requiem, two of which took place at the Toulon Opera.

Since 2017, Madalina Spataru is a Choral Events Ambassador. 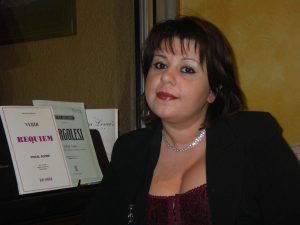 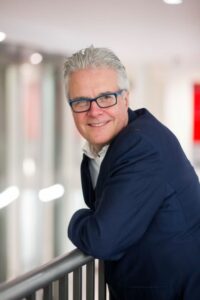 Bob Porter is an English Choral & Orchestra Conductor and Chairman / Artistic Director of the Brandenburg Choral Festival of London.

Robert (Bob) Porter began studying the bassoon aged 11 and at 14 was accepted as a Junior Exhibitioner at the Royal Academy of Music. Two years later, after playing with the National Youth Orchestra, he decided to give up all thoughts of a future in maths, and instead began a career which now encompasses Musician, Conductor, Teacher, Concert Promoter and Artistic Director.

After studying at the Guildhall School of Music and Drama Bob worked as a musician and teacher, returning to Guildhall to teach in the Junior Department from its inception and becoming Head of Wind and Percussion in 1985 – a position he still holds today. As a performer he plays regularly with the London Mozart Players and has worked with every major professional orchestra in London.

In the early 1980s Bob founded the Brandenburg Sinfonia, the first of a group of orchestras under his artistic direction, which now also includes the Brandenburg Brass and Brandenburg Baroque Soloists. Playing regularly both in this country and abroad, one residency, at St Martin-in-the-Fields gave him the idea for a Choral Festival based around some of the most beautiful churches in London.

in 2019 the Festival boasted more than 70 choirs in 67 concerts, covering the standard masterpieces of the choral repertoire along with jazz, barbershop and gospel, also making it one of the most varied and inclusive Choral Festivals!

In 1991 Bob was made a Freeman of the City of London for services to music – an honour which allows him to drive a flock of sheep over London Bridge! Something he fully intends to do one of these days….

Camilo is an Argentinian International Choir & Orchestra Conductor. Graduated from the National University of Arts of Buenos Aires, he has won a multitude of awards during International Competitions. He is also a Professor, a Competition Organizer, a Composer, a Jury and IFCM Ambassador. He now lives in Austria, and speaks 3 languages: Spanish, German & English.

Camilo Santostefano graduated with a Bachelor in Choir Direction from the National University of the Arts of Buenos Aires. He is also a guitar teacher where he worked at the Conservatory of Morón in Argentina. He also pursued graduate studies in “Interpretation of 20th Century Latin American Music” at UNCUYO University in Argentina.

in 2019, He has been awarded by the Konex Award Mention of Merit in Choral Conducting, as one of the 100 most influential Argentinian musicians over the period 2009-2018.

Camilo is the founder and Choir Director of the MusicaQuantica Voces de Cámara, awarded with a multitude of prizes around the world: Grand Prix Ave Verum (Austria 2012), Grand Prix Florilège Vocal de Tours (France 2012), Finalist of the ‘European Grand Prix (Italy 2013), IFCM Ambassador (South Korea 2014), as well as numerous awards in their country of origin in Argentina. He also received the First Prize in Conducting in 2014 at the Maimonides University Competition, as well as the FNA Prize for Best Conductor at Ansilta 2010, San Juan (Puerto Rico).

He also founded and directed between 2009 and 2018 the Opera company Lírica Lado B (which won the ACMA stimulus Award in 2015), and with which he has performed in many opera houses in South America.

He then founded and directed the Carlos López Buchardo Choir of the National University of the Arts (Fauna Award 2017).

In addition, Camilo was Director of the Choir National School of Buenos Aires as well as of its Chamber Choir Amadeo Jacques.

In addition, Camilo is Guest Choir Director of the National Youth Choir of Wales (United Kingdom), the Red Coral of Medellín (Colombia), Fullerton College of Los Angeles (USA), as well as the Wiener Tonkunstvereinigung Chor und Orchester in Vienna (Austria). 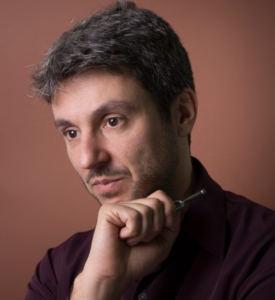 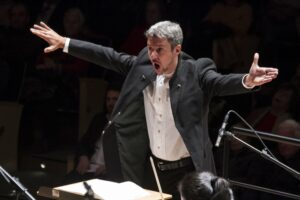 For many years he was Professor of Choral Direction at the Astor Piazzolla Conservatory in Buenos Aires. He has also given masterclasses and lectures in Argentina, Uruguay, Colombia, Paraguay, United States and Wales.

Since 2019, Camilo resides in Austria, where he conducted between 2019 and 2020 the Gumpoldskirchner Spatzen, with which he won the Gold medal at the International Choral Celebration and Competition in Salzburg 2019 (Austria).

He now directs two other choirs: the Cantilena Frauenkammerchor and the Melange Choir in Vienna.

Luc Coadou is a French solo singer specialized in the Baroque repertoire for bass voice of the 17th and 18th centuries. He also works as a choirmaster and conductor and directs the “Ensemble Instrumental de Toulon et du Var” as well as the professional vocal ensemble “Les Voix Animées”. He speaks French and English.

Born in the mists of the North, like the Franco-Flemish masters of the Renaissance, Luc Coadou happily passes from the status of singer to that of choir director and ensemble with a constant concern for pedagogy and musicological research. A certain predilection for old repertoires can be found in his university work, he is the author of research on lyrical theater at the time of the French Revolution.

Baritone Luc Coadou began his career as a child singer with the Dunkirk Choir school Les Rossignolets. He studied singing in Lille and perfected with Rachel Yakar and René Jacobs at the Studio Versailles-Opéra.

He sings with many ensembles such as La Chapelle Royale, Les Arts Florissants, Les Musiciens du Louvre, Les Talens Lyriques, Le Parliament of Music, La Grande Écurie and Chambre du Roy and Le Concert Spirituel. From medieval music to contemporary creation, its repertoire combines musical research and eclecticism. He has performed at prestigious festivals and many opera houses as a singer. 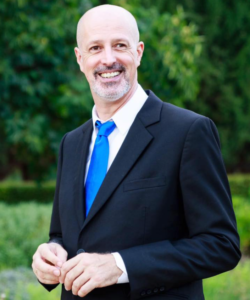 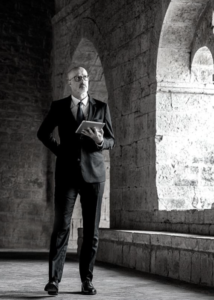 With Les Voix Animées, he explores the vast repertoire of a cappella vocal music and especially that of Renaissance polyphony. By creating the ensemble in 2009, Luc Coadou fashioned a veritable sound “toolkit” allowing him to give life and voice to little-known or even forgotten music of the 15th and 16th centuries. Throughout the ensemble’s programs, the “reborn” Josquin, Lassus, Palestrina, Victoria, Byrd re-enchant our 21st century ears and mingle with the works of “contemporaries” Karol Beffa, Dimitri Tchesnokov, Tomas Bordalejo, Léo Collin, Raphaël Languillat, Christophe Demarthe and Romain Bastard specially composed for Les Voix Animées.

Michel Camatte is an internationally renowned French choirmaster and conductor. He has been invited for more than 30 years as a member of the jury in the biggest international festivals of choral singing.

He has been performing for more than 30 years as a professional conductor, leading, successively, the Clermont-Ferrand Symphony Orchestra, the Tours Chamber Orchestra and the student orchestras of the Conservatories of which he is director. He has also conducted ensembles such as the Cannes Regional Orchestra, the Prague Chamber Orchestra, the Grenoble Instrumental Ensemble, the Orchestre des Concerts Colonne, the Strasbourg Chamber Orchestra, and has been invited to the festivals of Avignon, La Chaise Dieu, La Rochelle and Ville d’Avray. His double professional practice of orchestra and choir conductor has allowed him to participate in major choral festivals: Europa Cantat in Namur, Choralies “A Coeur Joie” in Vaison la Romaine. For more than thirty years he has been invited as a member of the jury in major international choral festivals in Wales (Llangollen), Ireland (Cork), Switzerland (Montreux), Greece (Athens) and Italy (Arezzo). 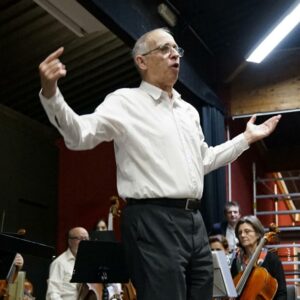